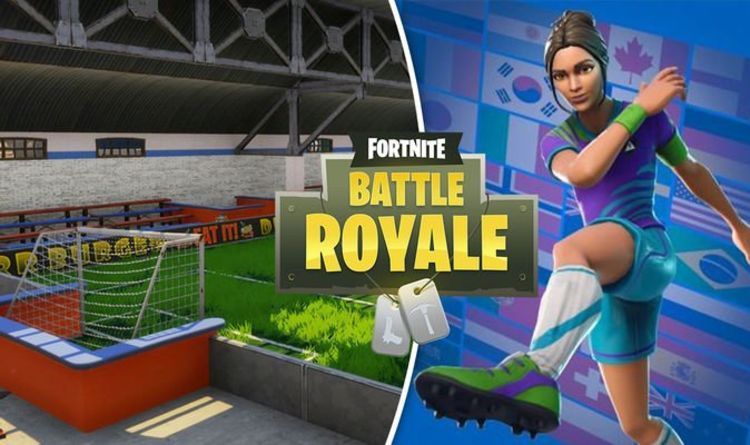 Season 9 of Fortnite is almost over. The final set of weekly challenges from this season went live earlier this month, and a giant robot recently did battle with the monster that was once frozen beneath Polar Peak, changing the landscape of the island and setting the stage for Season 10 to begin on August 1.

Before we get there, however, developer Epic Games still has some Season 9 content in store for players. Not only is a Fortnite birthday event now underway (which comes with its own assortment of tasks to complete and rewards to unlock), the studio has released a handful of Overtime challenges. These tasks encourage players to make the most of the remaining time in Season 9 by powering through Battle Pass levels and unlocking cosmetics.

The first set of Overtime challenges arrived last week, and now the final two batches are live across all platforms. Like weekly challenges, these are divided up into two categories, one of which is available to everyone, while the other is reserved for those with a Season 9 Battle Pass.

We’ve rounded up all of the Fortnite Season 9 Overtime challenges below. If you need a little assistance with some earlier missions, you can also check out our comprehensive Fornite Season 9 challenge guide, which we’ve been updating with guides and helpful information from the very start of the season. It has everything you could possibly need to know to get caught up fast.

Most of the initial Season 9 Overtime challenges are fairly straightforward, but the one that’ll require the most legwork asks you to visit three different locations: Loot Lake, Polar Peak, and Pressure Plant. Fortunately, this task is easy enough to complete. All you need to do is make your way to the aforementioned locations at some point during a match. You don’t need to visit all three within a single round, so you can land in one, get yourself eliminated, then jump into a new match and glide to the others until you’ve visited all three. Complete the challenge and you’ll unlock a special loading screen for your troubles.

Dance At A Monster Skeleton

If you witnessed the huge monster battle that unfolded on July 20, you’ll remember that the giant robot from Pressure Plant was able to fell the monster formerly beneath Polar Peak by impaling it with a sword. The robot flew off following the confrontation, but the monster’s remains can still be found northwest of Salty Springs, and it’s here you’ll need to go to complete this challenge. Glide toward the monster’s skeleton at the start of a match, then land on it and use any dance emote. Once that’s done, you’ll complete the task and unlock another special loading screen.

Score A Goal On An Indoor Soccer Pitch

The final Season 9 Overtime challenge asks you to score a goal on an indoor soccer pitch. If you’re not too familiar with Fortnite’s island, the trickiest part of this challenge will be actually finding said pitch, but it’s located inside a large building in the unnamed area directly west of Neo Titled. Make your way to the building and you’ll see a soccer ball already waiting in the middle of the field, so all you need to do is walk into it until it enters one of the two goals there. Once you’ve scored a goal, you’ll unlock a special loading screen featuring some of the new skins that were introduced in Season 9.