Fortnite’s Birthday Event Is Live Now, And Has Special Rewards 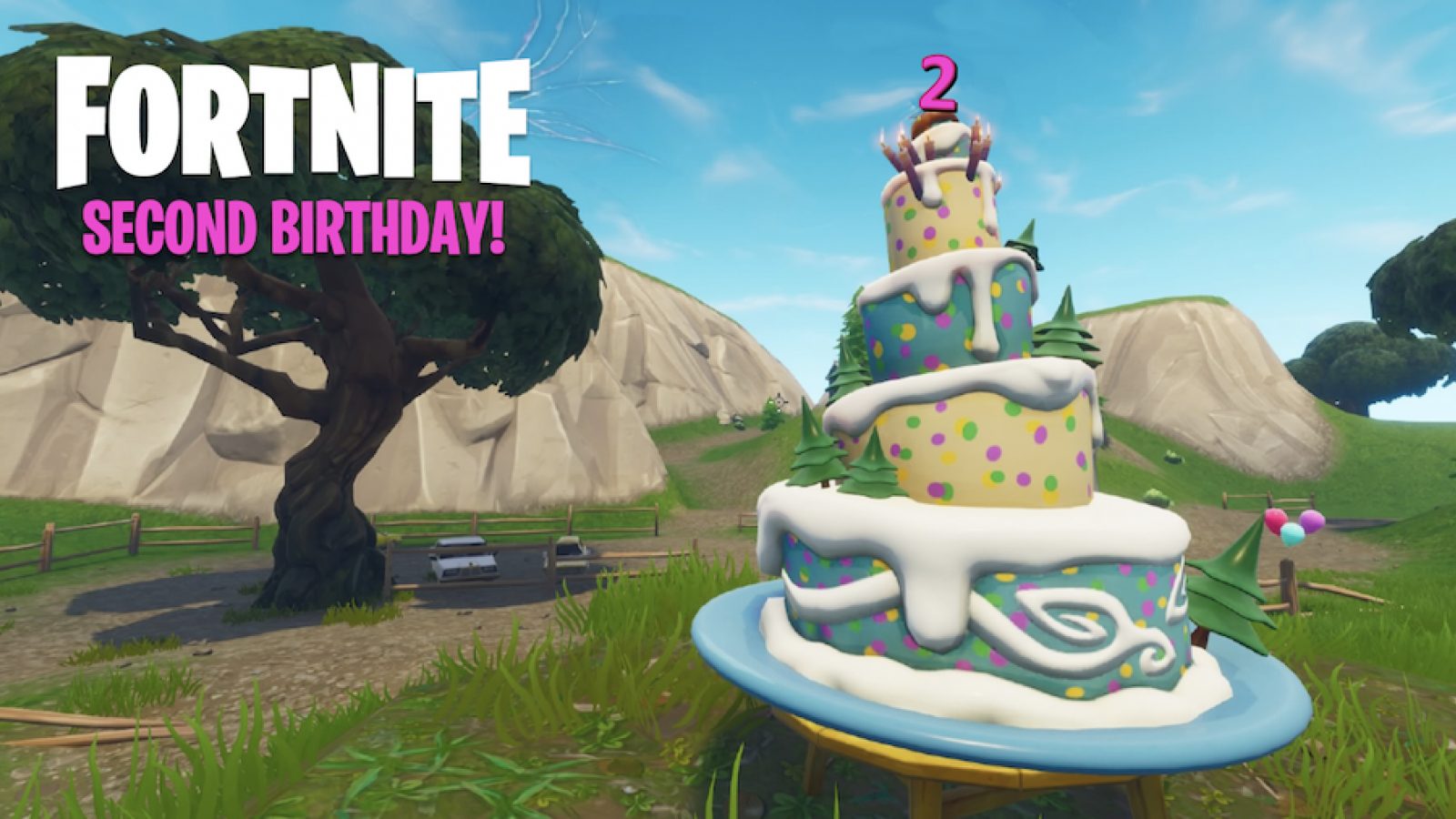 You’ll have a few days to complete birthday challenges and unlock some new rewards.

It’s been two years since the release of Fortnite, and as it did last year, Epic Games is celebrating with an in-game birthday event. The party kicked off today for Battle Royale players and runs for a week, adding birthday-themed elements to the game and providing some special rewards–and corresponding challenges–for a limited time. The birthday event is currently live on all platforms, along with its new challenges, and you have until July 31 to complete them and unlock new birthday-themed rewards.

The Fortnite Birthday Celebration event begins on July 24 and runs until July 31 (coinciding with the end of Season 9). As referenced in the newest Fortnite patch notes, birthday cakes and birthday presents will both be added to the map in Battle Royale. The presents can be opened for various in-game loot, while the cakes can be eaten to gain health and shields. Although the event begins on July 24, these two elements won’t arrive until July 25.

Also part of the Birthday Celebration is a bit of an overhaul to the Battle Bus, which will be adorned for the occasion and will have a music track to match.

A pickaxe, wrap, and “more cosmetics” will be available during the event, although Epic has not yet shown off what these rewards look like or how you’ll earn them. The safe assumption is that birthday event challenges will be offered. According to a dataminer, these will be fairly straightforward, with the exception of one that involves dancing in front of birthday cakes, which players were asked to do last year, too. Completing each challenge will reportedly net you a corresponding reward, while doing all four will earn you a fifth reward.

This event coincides with the Birthday Event in Fortnite’s Save the World component and the introduction of Overtime challenges in Battle Royale, both of which are already live. The latter present some mostly simple objectives for players to earn last-minute XP before Season 9 ends. Season 10 is expected to follow, possibly as soon as August 1, although Epic has not yet announced a specific launch date or details.

Fortnite first officially launched in July 2017 with what’s now known as its Save the World mode, a PvE experience which remains in paid early access. The popular free-to-play Battle Royale mode followed later that year in the wake of PUBG’s massive success, and it’s this component of the game that has elevated Fortnite to its incredible heights. Fortnite, and Battle Royale in particular, continues to evolve on a regular basis, with one of its most recent events taking the form of a giant monster-robot fight.